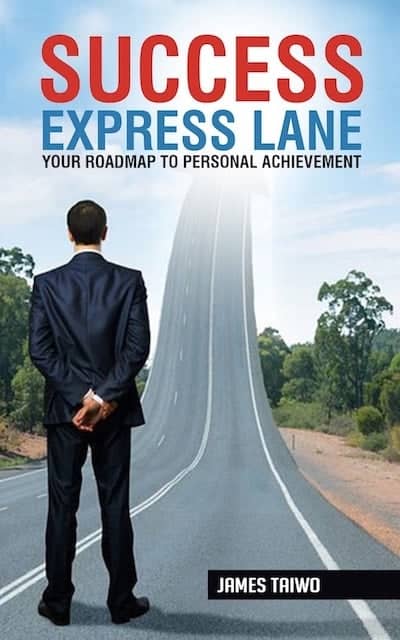 Your Roadmap to Personal Achievement

The Passcode To Personal Achievement – Print EditionThe road to success is not always easy, but Success Express Lane shows you how to avoid the potholes, traffic jams and detours, busting through the self-imposed and external road blocks that keep you from reaching your goals, accomplishing your dreams and achieving tangible, lifelong success.

“Success does not crash parties. It must be courted, impressed, invited; drawn to you through passion and hard work.”

You are the only person who can put up a roadblock to your success. Anyone who desires success can achieve it if he or she is ready to learn its basic principles.

Every human being has at least one facet of potential for success, every human being is given an equal opportunity to advance through the stages that lead to success, and it does not matter if the stages are presented on a silver platter or a wooden tray. Attitude, determination, and commitment are the factors that matter.

The road to success is not always easy, but Success Express Lane shows you how to avoid the potholes, traffic jams and detours, busting through the self-imposed and external roadblocks that keep you from reaching your goals, accomplishing your dreams and achieving tangible, lifelong success. 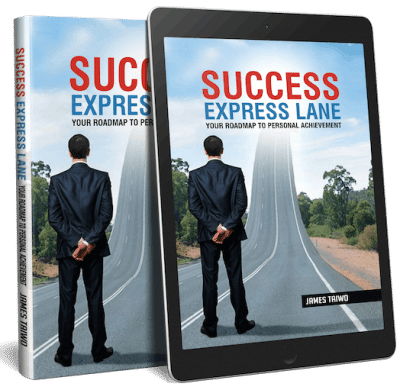 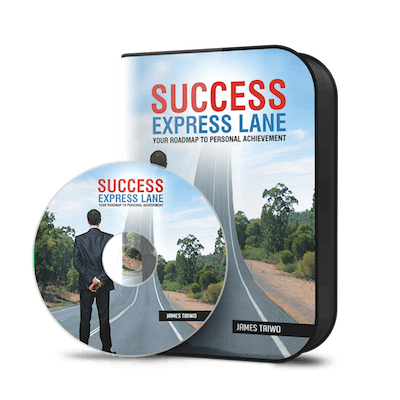 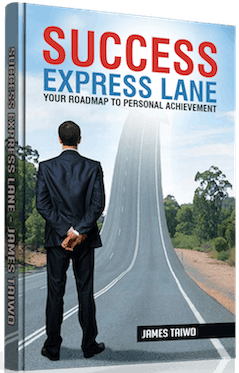 This is a well-written book that combines can-do optimism with no-shortcuts realism. The writing style is clear and compelling, and not nearly so repetitive as many books of this genre.

The author bio indicates that Taiwo is a Christian pastor, but the book is not overtly religious, with only very occasional references to his religion. In fact, for the most part, where Christianity is mentioned, it is to guard against the belief commonly perpetuated by such that poverty is to be venerated, or that our destinies are written and all that remains is to pray and take a “in your hands” approach. The author is American, but to frame this from a British perspective (this reader is British), he has eschewed Catholic fatalism in favour of a Protestant work ethic. Maybe he comes from a Lutheran background; we don’t know.

One thing that sets this book well-apart from many of its kind is that Taiwo does also address approaching success from a disadvantaged starting point, be it what it may. Very many such books, commonly written by Baby Boomers (Taiwo seems to be a Millennial like myself; I’m 34 and would guess him to be a similar age based on his author bio photo), often contain advices woefully inappropriate for this century and/or a different socio-economic status. So nowhere in this book do we receive advice such as “and if you don’t have capital, that’s fine; simply explain your business plan to your bank manager and they will provide the money”.

All in all, a good book well-written.

Some Reviews – on Bible Giants of Faith

Taiwo has written a book that—while not perfect—still deserves that coveted 5-star rating. Simply looking at it is enough to encourage readers to strive for success. A road leading into the sky? How is this anything but inspiring?! Opening the book, the reader then encounters page after page of how success is within anyone’s reach. To drive home his point, he even refers to historical figures such as Benjamin Franklin and Frederick Douglass—individuals who had to clear substantial hurdles to make things happen in their lives. I especially applaud Taiwo’s acknowledgement that success is not all about money. It’s refreshing to see someone point out just how important it is that we pursue goals that give us a sense of fulfillment, happiness, and purpose in life. After all, money comes and goes. It’s the intangibles that truly make a difference. Highly recommended!
CatWriterLibrarian

I believe that James Taiwo takes this whole success thing pretty seriously. In a very clear and concise manner, the book takes us through all the necessary steps to achieve the success we all crave for.

You are first taken through the basics of what success is and what does it look like. You see, I am not into that much of getting those empty words of “you got it”, “just do it!”, and whatnot. It’s just like they sound so empty, especially when they come from the rich and privileged.

But this book touches really deep into the steps to get the ball rolling. Through practical example and a sweet text, it takes us from point A to point B while clearly explaining which should be the steps to go. I definitely would recommend it to those who usually feel like a failure and want to get a real boost.

Jose Popoff
I imagine that this book will be a best seller because there is not a person on earth who doesn’t dream of being successful. Why are some people successful and not others? Is it luck? I personally believe that there is a great element of luck in most success stories but James Taiwo doesn’t agree. He is attempting to show every reader that they can achieve success by the strength of their desire for it. They must court it and work hard to achieve it. This is an easy-to-read book; clearly set out in chapters with inspirational quotes at the beginning and bullet points at the end of each chapter to focus the mind on what needs to be done. I particularly like Frederick Douglass’s words: ”Allowing only ordinary ability and opportunity, we may explain success mainly by one word and that word is WORK! WORK!! WORK!!! WORK!!!!” Douglass was an American slave who made good by dogged determination and sheer hard work.
M. Hernandez

I can admit that I have read several self-help books over the years, but there is good reason for it…I always find some good advice in all of them, and this book, “Success Express Lane: Your Roadmap to Personal Achievement,” is no exception.

One of the cool things about this book was how the author, James Taiwo, actually tried to define success. After is there an actual definition of success that we can all agree on? Probably not. But, he does a really nice job trying to do this, and to explain how we can use specific criteria to determine if something is a success. Another thing I really liked about the book was how he explained that finding success isn’t easy. No one is going to hand it to you. You have to work hard to get it, but the pay off is well worth it.